I admit it. I am an unabashed lover of roses. Whether in my hand or in the landscape, roses make me smile and feel just a little bit better, no matter how bad the day has been. Who can resist he feel of their silky petals and the wonderful aroma they give off? In honor of this queen of flowers I have decided to gather various tidbits about roses I have learned over the years of being an herb garden writer. 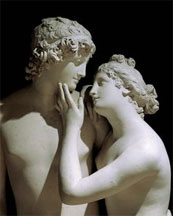 Ancient Greek tradition says that roses sprang from the blood of Adonis, consort of Aphrodite goddess of love. The rose was a companion to pleasure and love.

Classic Romans associated roses with the good life, feasting, and wine. From this we get the phrases such as, “the days of wine and roses,” “a bed of roses,” “rosy future, “rose-colored glasses.” This association with the good life and easy times continues to our time. In a 19th century work, “rosewater preaching” was used to describe sermons without substance. Another article said child-rearing was “not all rosewater.”

Rose oil was said to be worn as a perfume by Queen Cleopatra of Egypt when she seduced Mark Antony. The scent has long been associated with courtship, passion, and marriage.

Rose petals can be finely ground and made into dark beads. Strung together they formed a rosary which, when held in the hand and warmed, would emit the scent of roses. In early Catholic tradition, roses and other flowers were used to represent religious prayers and psalms. 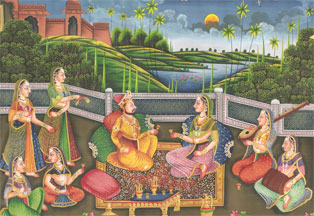 The process of creating “attar (or otto) of rose” was discovered by East Indians in the sixteenth century. Rose petals were strewn on water in a canal during a royal wedding. As the day warmed, the oil separated. When skimmed from the water it was discovered to be a wonderful perfume.

In Elizabethan times “the distilled water of roses is good for the strengthening of the heart and refreshing of the spirits.” Rosewater “bringeth sleep which also the fresh roses themselves promote through their sweet and pleasant smell.”

In John Gerard’s Herbal: or General History of Plants published in the seventeenth century he says “the rose doth deserve the chiefest and most principal place among all flowers whatsoever; being … esteemed for his beauty, virtues, and his fragrant and odiferous smell.”

Before vanilla ruled the kitchen as a food flavoring, essences of flowers were used to flavor foods. None was more frequently used than the rose. It was readily available to all classed of society. A sixteenth century writer says that rose water was used in junkets (puddings), dishes, cakes, sauces, and many other pleasant things” giving it “a fine and delectable taste.” 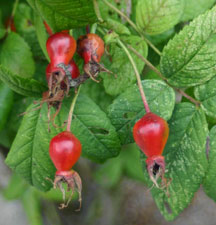 In traditional medicine, red roses have been considered astringent. The damask rose was used to treat constipation, making the belly “loose and soluble.” The white rose was used for “cooling of heat in the eyes.” The yellow anthers from the flower were used to combat “fluxes at sea” or seasickness.

In the early 20th century the British Pharmacopoeia specified roses from Rosa gallica as being the source for medicine. Modern research has confirmed that rose petals and hips are medically beneficial. Preparations of rose hip seed have been used to combat kidney and lower urinary tract problems. It has also been prescribed to treat arthritic conditions, rheumatism, gout, and sciatica.

The universal meaning of roses is love and beauty. However different types of roses and have taken on further meaning over the centuries.

Ann’s guide contains planting advice for 33 essential herbs for every garden. This revised and expanded cheat sheet will reveal: Don’t miss out on this must-have guide.

Love to grow herbs? Then sign up for the Herb ’n Cowgirl’s weekly tidbits and up your herbal game. All new subscribers will receive Ann's FREE " Essential Planting Guide for Herbs.” This revised and expanded cheat sheet will help you purchase and plant flavorful herbs in a place where they will thrive and grow.