What Were the Gifts of the Wise Men? 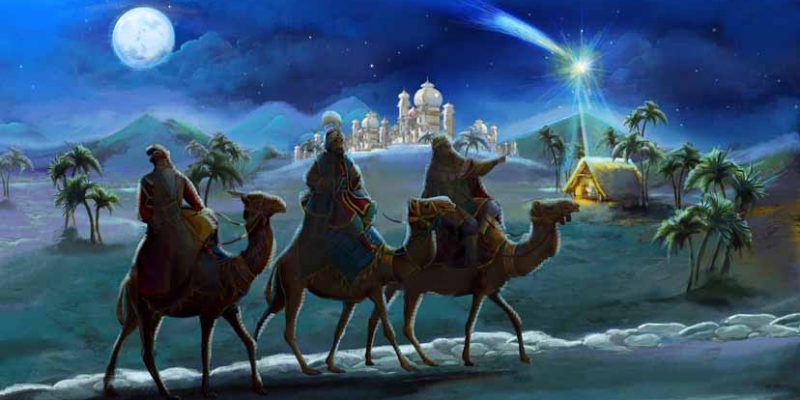 Author’s Note: With Christmas only days away, I decided to take a bit of a departure from my usual blog topics and go slightly farther afield to rare spices. Here for your enlightenment is a glimpse into the ancient world and the uses of rare and precious materials.

One of the enduring images in Christmas Nativity plays and displays is the appearance of three Wise Men (also know as the Magi) bringing gifts to the new baby. Although we don’t know much about them from the Biblical narrative (i.e. their names or countries of origin) the one firm detail we have is their gifts of gold, frankincense, and myrrh.

These three gifts were not selected haphazardly. The Magi were well educated men, who understood history and were familiar with the symbolism in the Old Testament (what they would have called the Law and the Prophets). All three gifts are precious substances. Each gift also carried with it a meaning foreshadowing the role of “he who is born King of the Jews.”

Gold for Royalty, Strength, and Purity

Gold is certainly easy for the modern mind to accept as a gift for an infant king. But there is more to it than that. Gold is the first precious metal mentioned in the Bible (Genesis 2:11). It is often used to symbolize power and purity. In folklore gold is associated with the golden sun, the strongest and most important light in the heavens.

Frankincense for Divinity and Spirituality

We rarely come across frankincense in a recognizable form but if you have ever bought high-quality incense, it probably included this aromatic resin. “Frank-incense” translates into English as “high quality incense” which is what it was most often used for.

Frankincense is the product of a family of trees and shrubs (Boswellia) native to the Arabian Peninsula. Cuts made into the bark ooze a milky material that congeals into golden nuggets. These nuggets are the basis for many incense mixtures used in worship.

Myrrh for Suffering and Death

The third gift may seem like an odd gift to give an infant but it was intended to foreshadow the inevitable end of the baby’s life. Like frankincense, myrrh is the dried resin of a family of trees (Commiphora) that grow from East Africa, through Arabia, to the Indian subcontinent. Unlike frankincense, myrrh had medicinal qualities similar to opium in addition to its fragrance.

In fact, myrrh is mentioned in Mark’s account of the crucifixion of Jesus. He was offered “wine mixed with myrrh” to deaden the pain but refused it. In the Gospel of John we learn that myrrh was brought by Nicodemus who intended to prepare Jesus’ body for burial.

So What Happened to These Gifts?

The gifts of the Magi are never again mentioned in the account of Jesus’ life. Although I have absolutely no evidence to back up my thoughts, I’d like to suggest what eventually happened to them.

Jesus parents were working class Jews who had little direct need for three such precious gifts. In fact if word got out they had these expensive items, I’m sure thieves wouldn’t be far off. So what did they do?

First you have to remember that the Magi’s journey from their homeland probably took over a year. By the time the Magi arrived, Joseph and Mary were living in a house in Bethlehem. Bible scholars believe the child was probably about two years old.

On the night the Magi left, Joseph was warned in a dream about Herod’s intent to kill the child, woke Mary, and the family fled immediately to Egypt. This was the rough equivalent of fleeing from a small Kansas town waking up at 2 AM, having 30 minutes or less to gather their things, and fleeing to Manhattan.

Egypt was a place where they could disappear but was also a place that required money to get settled. I suspect that Joseph wisely sold the gifts to pay for the journey (travel is never cheap) and set up a small carpenter’s shop in a Egyptian suburb. Thus the gifts of the Magi were not only symbolically significant but they probably contributed to the flight and safety of the baby Jesus.

Do I have proof? Absolutely none. But it’s good a theory as any. Merry Christmas.